Electrical safety: Incident energy at the exit of transformers

Transformers present increased risk during a three-phase short circuit. In this blog, simulations of different configurations of transformers will be presented to see the influence of their use in relation to their incident energy levels.

In companies, transformers are typically used to lower the voltage. For example, they are used to go from 600 volts to 480 volts, or 240 volts, or 120 volts. It must always be kept in mind that by decreasing the voltage, the current increases.

The main factors influencing the short-circuit level at the output of the transformers are: “the rating and tripping time of the upstream protection, the power in kVA, the impedance, the transformation ratio, and the nature of the charge.”

Figure 1 shows the main factors influencing the short-circuit level at the output of the transformers:

Figure1: Incident energy level at the output of transformers

The AFB value is the distance in inches at which a worker could have a curable second-degree burn as a result of a three-phase short circuit on the transformer.

Derivation 4 retains exactly the same properties as derivation 3, but the impedance is increased to 7.3% rather than 5.4% (see Figure 1). By increasing the impedance, the transformer losses are increased, and the level of incident energy is thus increased as well. It should be noted that a transformer having been used a lot could have a higher impedance than when it was new.

Derivation 5 retains exactly the same properties as derivation 4, but with a slightly higher conversion ratio than for Bypass 4 (see Figure 1). In other words, the output voltage is 460 volts for bypass 5 instead of 480 Volts for derivation 4. This difference of 20 volts greatly increased the level of incident energy. Indeed, it went from 31.3 cal / cm2 to 40.6 cal / cm2.

Derivation 6 retains exactly the same properties as derivation 5, but the load consisting of two motors of 100 HP each is replaced by a purely active load of 149.2 kW (see Figure 1). A purely real or active load does not regenerate the energy. Energy, so it does not contribute to increase the level of incident energy. For this reason, the incident energy level is decreased from 40.6 cal / cm2 to 22.4 cal / cm2. 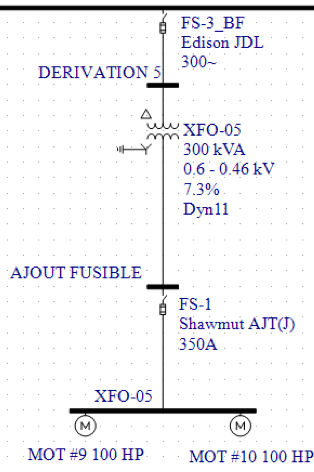 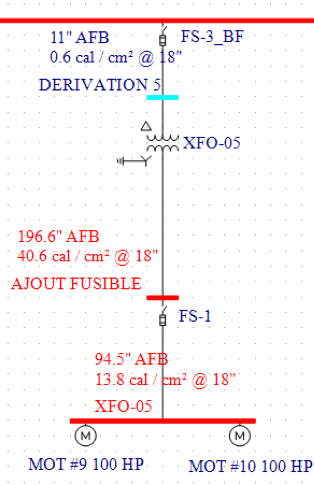 Figure2: Corrective action to reduce the level of incident energy at the output of transformers

In summary, this blog has helped to learn more about the causes of high incident energy at the output of transformers and the possible ways to reduce it.